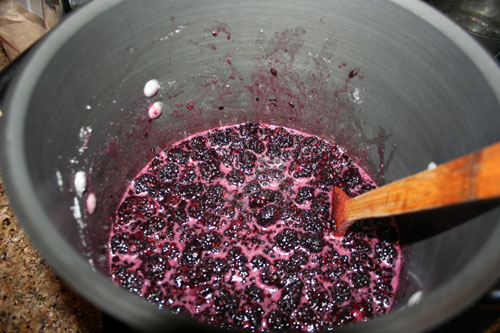 Luke and I returned to Sweetberry Farms in early June to pick blackberries.  We were joined by some friends, and I forgot my camera, so there are no pictures of the picking.

Needless to day, picking blackberries is significantly tougher than strawberries.  In case you have no idea how they grow, blackberries grow on canes, covered in thorns.  While you don’t necessarily have to stoop down as much to pick them, you do have to contend with the relentless thorns, big and small, that never fail to prick you.

I brought home four large boxes of blackberries, and I was covered in cuts, scratches and a sunburn.  I paid dearly for those blackberries!  But friend, it was well worth the effort.

The day after picking, Andy, Luke and I spent the bulk of the afternoon preparing, washing, and prepping the blackberries so they could be frozen, eaten raw, and turned into various concoctions, including frozen yogurt, sorbet and salad toppings.

There was one box left when we were done.  The next day, I turned it into JAM.  No, it’s not paleo in the least, but it’s sometimes nice to reach into the past and borrow a few tricks from our grandmothers’ cupboards. 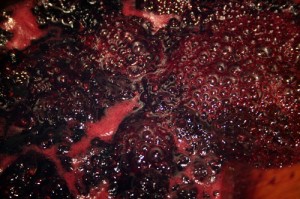 The recipe was really easy to throw together — it was the actual cooking that was hard!

I didn’t realize you shouldn’t double batches.  It took FOREVER to cook and set.  I think I sat next to that stove, stirring frequently for over an HOUR.  The boys left and came back from the pool, and I was only just beginning to ladle it into the jars for processing.

Despite the hard work to prepare the food, I’m getting faster at it, and it’s really cool to know exactly what the ingredients are in a jar on the pantry shelf — because I created it!! 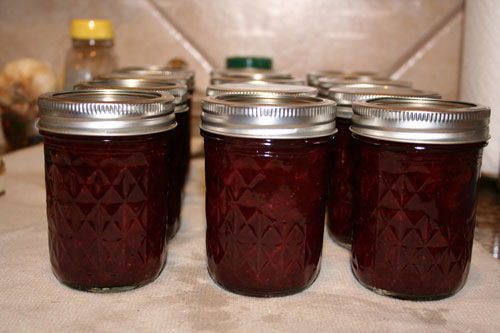 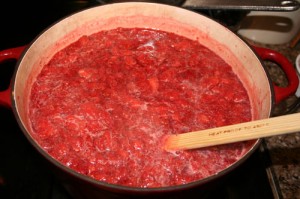 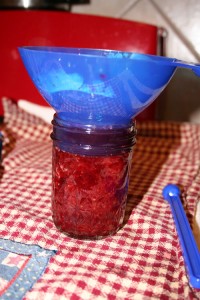